JIM GOTT graduated from San Marino High School in 1977 after earning the title CIF Player of the Year while his Varsity team collected the title of CIF Champions in the same year.  He was drafted in the 4th Round of Major League Draft by the St. Louis Cardinals and spent 5 season in their Minor League system.  He was the #1 pick in the Round 5 Draft by the Toronto Blue Jays and made his Major League debut with the Toronto Blue Jays in 1982.

Jim hosted the nightly K.A.B.C. "Sports Talk" radio show from 1996-1997, designed and implemented a training program for Dennis Quaid in preparation for his role in The Rookie, and has been an on-going participant for the Los Angeles Dodgers Speaker' Bureau since 2000.

When he is not fanning his passion for baseball, Jim busies himself working with children with autism at Education Spectrum and Danny's Farm, two family-owned businesses.  He holds his 3rd Degree Black Belt in Hapkido.  Jim is married and has six children, two of which have autism. 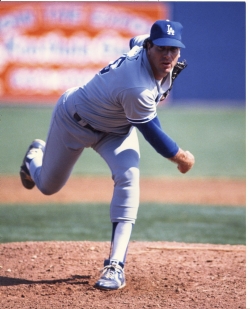 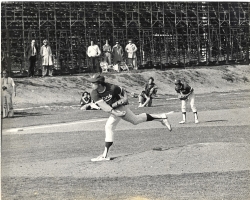