Speech and Debate » Why Speech & Debate 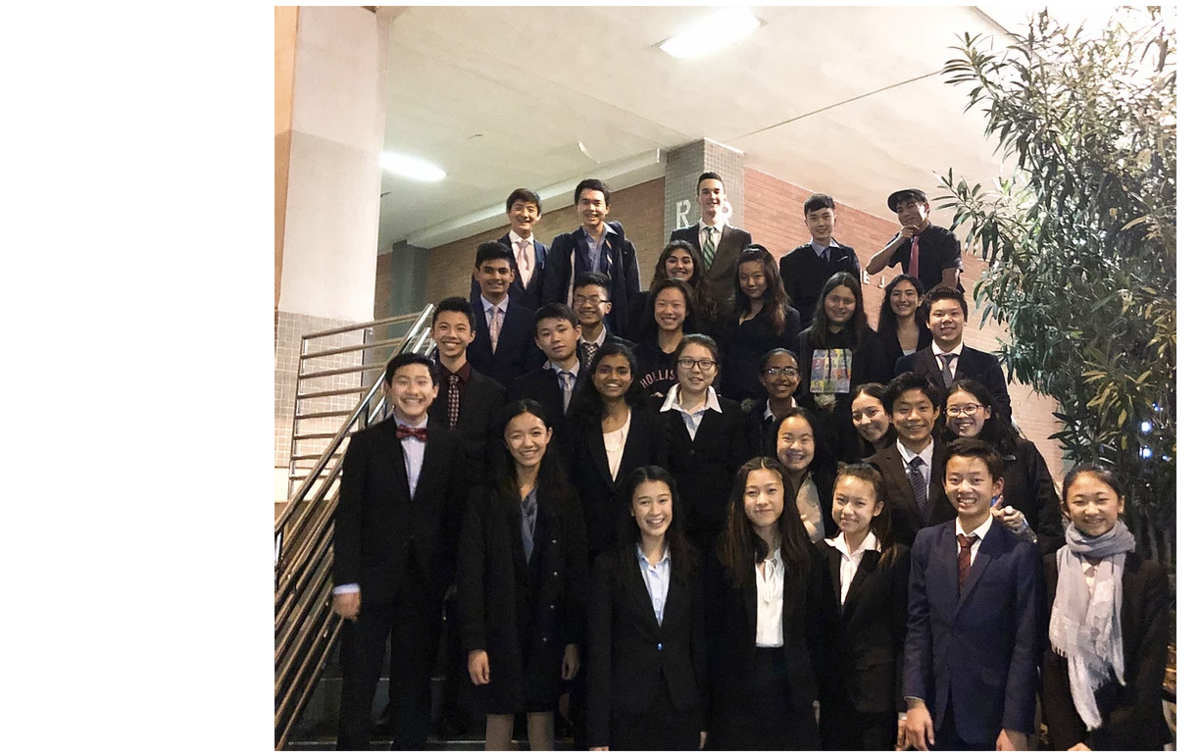 The National Speech and Debate Association (once titled the National Forensic League) is an honor society that has existed since 1925. Since then, it has been joined by over 1 million members from across the nation. In the past, the San Marino Speech and Debate team has been ranked 38th in the nation among a league of over 3,000 high schools! For many students, it isn't just an extracurricular hobby; it's a passion.

Speech and Debate has long been one of the most favored extracurricular activities by college admission boards, and for good reason. Through practice, training, and competition, students gain a unique skill set that helps them present confidently, speak clearly, and think critically--skills that they will undoubtedly utilize later in life.

Speech and Debate is competitive, time-consuming, and challenging. However, it is also one of the most rewarding experiences that students can possess during their academic career. By learning the power of persuasion, words, and literature, they pave their way to future success through Forensics. Yet Speech and Debate isn't just all work and no fun! As students spend after-school hours together practicing and weekend hours together on the road or at competitions, this is an activity that builds mentorships and friendships that last. For nearly 100 years, Speech and Debate has been and will continue to be a beloved activity--filled with blood, sweat, tears, and smiles.

Public Forum Debate (PFD) is a team event that advocates or rejects a position posed by the monthly resolution topic (announced online at www.nflonline.org The clash of ideas must be communicated in a manner persuasive to the non-specialist or “citizen judge”, i.e. a member of the American jury. The debate should:- Display solid logic, lucid reasoning, and depth of analysis- Utilize evidence without being driven by it- Present a clash of ideas by countering/refuting arguments of the opposing team (rebuttal)- Communicate ideas with clarity, organization, eloquence, and professional decorum

The original debate format that has existed since before you were born. Teams of two advocate for and against a resolution that typically calls for policy change by the United States federal government. It is also referred to as cross examination debate (sometimes shortened to CX) because of the 3-minute questioning period following each constructive speech. Affirmative teams generally present a plan as a proposal for implementation of the resolution and negative teams prove why the plan is undesirable. Policy has the most diversity of arguments, forcing debaters to think critically and do in-depth research about the topic. In recent years, Policy has begun to implement new styles of argumentation and performance that are still developing. Most college debate teams focus exclusively on policy debate and have rich histories within the event stretching decades. If you are up for the challenge, then join Policy Debate!~Edmond Wen, Policy Debate Captain

Congressional Debate is a mock legislative assembly competition where students draft bills (proposed laws) and resolutions (position statements), which they and their peers later debate and vote to pass into law and then take action on by voting for or against the legislation.

Interpretation, or “interp” is one of the main categories for speech events. The easiest way to describe interp is competitive acting. The main interp events are Humorous Interp, Dramatic Interp, Original Prose & Poetry, and Duo. In each of these events, you will be performing a ten minute piece, cut from a copyrighted book, movie script, or other published work (except OPP). All of these events are performed throughout the course of one year, and the whole year is used to refine your performance to maximize its impact. A good performance from an Interper can leave the audience laughing hysterically, or in tears from the sincereness of your performance. If you really like acting, or even just want to try something new, please consider becoming an Interper at SMHS!

Platform events are Original Oratory and Informative Speaking.  Both speeches are written by the student performing them and should be memorized, practiced, and last up to 10 minutes.  Oratory seeks to persuade and Informative seeks to inform.

In short, Expository speaking is competitive teaching. Through this event, you will create an original speech to educate on any topic of your choosing. However, unlike all other events, Expos allows you to teach your audience with the help of visual aids. These visual aids typically consist of boards with complex contraptions, created with string, magnets, cardboard, and just about anything you can imagine! The creativity of your boards truly brings your performance to life and puts all of your words into perspective. If you have an artsy or creative edge, or maybe just something that you’re passionate about teaching, give Expos a try!

Limited preparation events are, primarily, Domestic and Foreign Extemporaneous Speaking.  In these, a student receives 30 minutes to prepare a speech of up to 7 minutes about a current affairs topic.